Thinking of booking a Golden Circle tour in Iceland? Check out what to expect on this adventure through the land of fire below.

There’s a saying in Iceland: If you don’t like the weather, wait 15 minutes. It’s something we came to realise pretty quickly once we arrived on this other-worldly isle, blanketed in snow from a long-winded winter.

Our idea of a carefree road trip went out the window as soon as we attempted to drive the Golden Circle route in our hired 4×4. As soon as we left calm, sunny Reykjavik high winds began to blow snow over the icy roads, which were getting more and more narrow and windy (gulp). The idea of getting stuck in a snowstorm in the middle of nowhere was getting more and more plausible. So, choosing to be safe rather than sorry, we turned back and breathed a big sigh of relief as soon as we got back to the car park. Determined to still see some of Iceland despite the icy temperatures, we opted for a small group tour instead. And it turned out to be a great decision!

We could fully relax as our hardy Iceland tour guide casually raced along the winding roads without a care in the world, which would have definitely have given me a mild heart attack. Instead, we could concentrate on taking in the incredible views—which, luckily, is basically wherever you look in Iceland. And boy was it living up to its name! 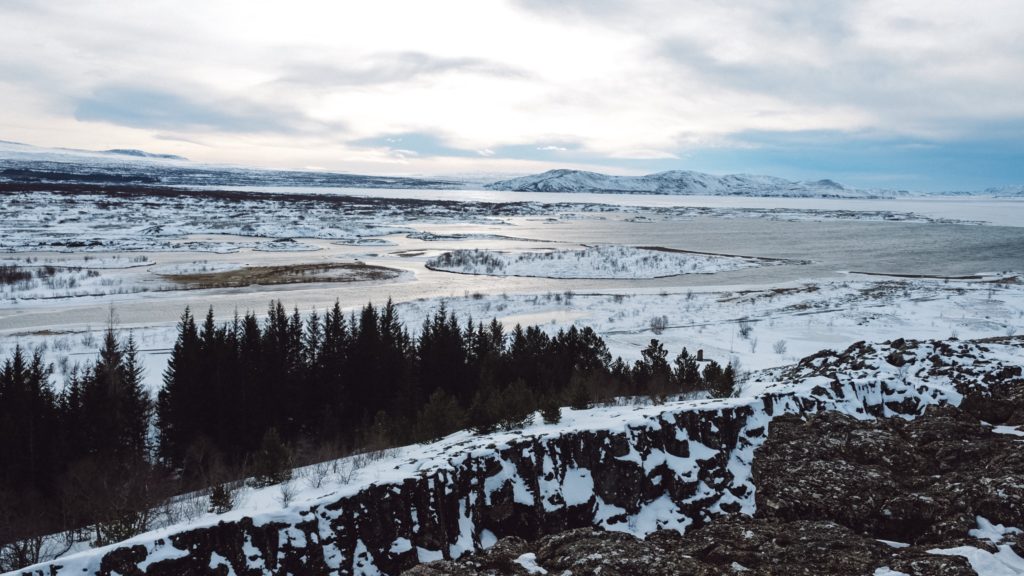 Our first stop was Thingvellir National Park, a world heritage site and geological wonder where the nation of Iceland began. The Althing (the Icelandic parliament) was assembled for the first time in a valley at Thingvellir in 930, making it the world’s oldest parliament. It’s also the place where two tectonic plates meet: the Eurasian and the North American continental plates, extending over 9,950 miles. You can even snorkel between them at Silfra—with some of the best visibility on Earth. We started at the main viewpoint, overlooking miles upon miles of pristine snow and shimmering lakes, before making our way through the corridor of craggy rock that makes this area so iconic. 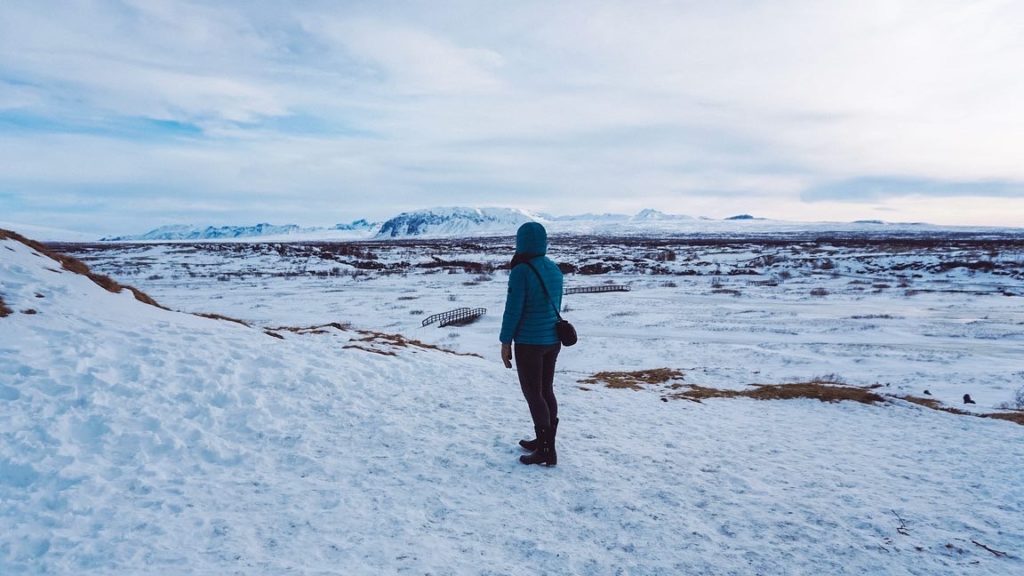 Next up was the geysers. Unfortunately by this point we were being thoroughly blasted by wind, so didn’t manage to see the geyser shoot up metres into the sky (luckily I have been here before and managed to see it!). Instead we took in the amazing landscape of steaming pools, which looked almost tempting at times. Then, on to arguably the main event: Gullfoss Falls, or Golden Falls as it is sometimes known (in summer I imagine, as it looked like something out of Frozen). And it really was an incredible sight: a colossal amount of frozen water thundering hundreds of metres into the icy depths. It was the epitome of glacial and I fail to think of anything that could look colder, but boy was it beautiful!

The idea of getting into our skimpy swimsuits and taking off our many layers definitely had us second-guessing our decision to visit the secret lagoon in Fludir, a short drive from the Gullfoss Falls, but our fears soon melted away as soon as we leapt into the wonderfully warm and restorative water (a toasty 39-degrees). Clearly no longer a complete secret—given that it’s on a tour—it was still a far cry from the touristy and over-priced Blue Lagoon, which feels more like a luxury spa these days.

In comparison, the secret lagoon is in the middle of nowhere with views of the surrounding green hills and adjacent to a natural hot spring. It was created in 1891 and is the oldest swimming pool in Iceland, but after falling into oblivion in the 1950s, it is now firmly on the map as one of the highlights of the Golden Circle tour. 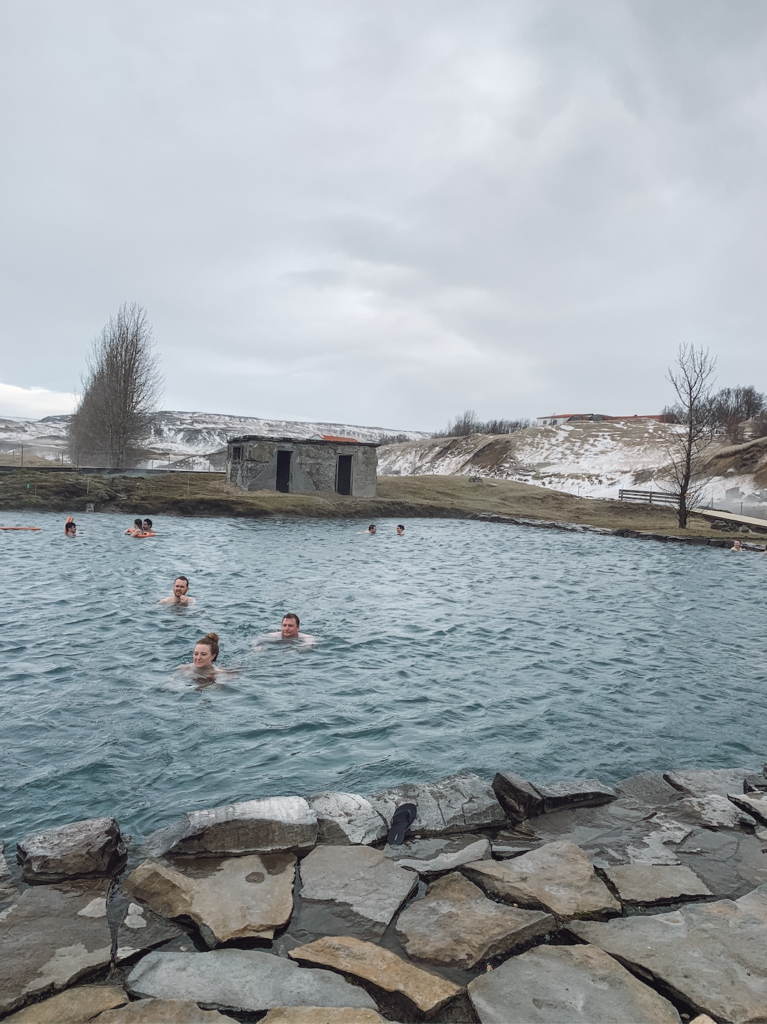 And if you’re lucky, you might stop and see some cheeky Icelandic horses along the way. Native to the island, these hardy creatures can be seen all over the countryside, whatever the weather. (Note: We were told they like to be called horses, and not ponies, as they get offended.) It was one of our highlights of the day, even when one of them, so excited to get a treat, nearly took down the fence trying to get to my pockets. Of course, I obliged. Any animal which can withstand these temperatures deserves all the treats!

The Golden Circle Iceland tour really is not one to be missed, especially if you’re just on a short break. I, for one, cannot wait to return and explore more. Perhaps in summer next time! 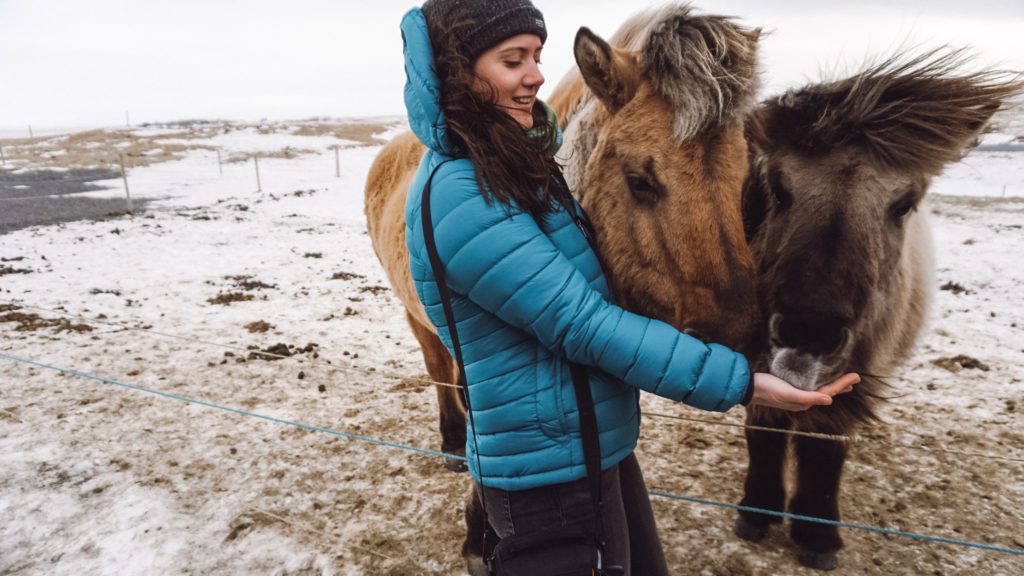 How to get there

Flights: We travelled to Reykjavik with Jet2 Airlines, from Birmingham Airport, which took around two and a half hours. Easy!

Arguably one of the best locations in town, overlooking the harbour, Exeter Hotel was just what we needed. Beautifully designed and oh-so-comfortable, we loved our Scandi chic room, where we could cosy up at the end of the day with a coffee and a pastry. (Tip: the hotel’s bakery makes some of the best doughnuts I have ever tasted!) It was right by some of our favourite restaurants too: Ramen Momo for ramen (obviously), Kopar Restaurant for their fish of the day and Reykjavik Fish Restaurant for a more informal fish dinner.

Searching is in progress